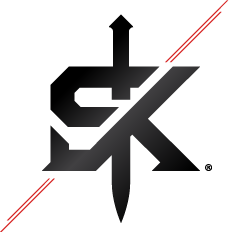 Schenk Knives was founded in 1965 by Norman F. Schenk, in a small lapidary shop in Klamath Falls, Oregon. Having no experience or formal training, Norm learned by doing. His first custom knives were a bit rough, but Norm continued to create custom knives and eventually taught knife making at the university level.

After years of making custom knives, blades, and finished production knives for some of the country’s most well-respected knife companies, it was time to make a change. Norm wanted to raise the bar, and brought in his son Zane to expand the OEM and custom knife business.

Schenk Knives continued to operate as a custom knife shop, and in 2012 designed their own line of high-performance knives that were marketed to a local and online customer base. For 55 years, professional guides, survivalists, polar expeditions, military personnel, and all those who expect the best performance possible from their knives have turned to Schenk Knives.

Customers worldwide rely on Schenk Knives to provide custom quality in a factory knife, fair pricing, high performance, and integrity in workmanship and customer service. Our customers continued satisfaction is a testament to the dedication and hard work Schenk Knives puts into every knife.

Create an account with us and you'll be able to:

Fill in your email below to request a new password. An email will be sent to the address below containing a link to verify your email address.